Sagara city and their local attractions

Sagara city and their local attractions


Here we are introducing the city ‘Sagara’ near Karnataka.
Sagara is a city located in the indian state of Karnataka and it is also a sub divisional and a taluk headquarters. Located in the Western Ghats range, it is known for its proximity to Jog Falls and to the historical places of Ikkeri, Keladi and Varadamoola. The river Varada  originates near Sagara. Sagara subdivision consists of Sagara, Soraba, Hosanagara and Shikaripur taluks.

By Railway-
Sagara has its own railway station. The train station is known as Sagar Jambagaru and there are trains that connect Sagara with Bangalore and Mysore.

By Air-
The nearest airport is Hubli Airport, which is about 159 km from Sagara.

Jog Falls-
The world famous Jog Falls is in Sagar taluk. It is approximately 30 km by National Highway 206.
Jog Falls is created by the Sharavathi River falling from a height of 253 m (830 ft), making it the second-highest plunge waterfall in India after the Nohkalikai Falls with a height of 335 m (1100 ft) in Meghalaya. Sharavati, a river which rises at Ambutirtha, next to Nonabur, in the Thirthahalli taluk and takes the northwesterly course by Fatte petta, receives the Haridravati on the right below Pattaguppe and the Yenne Hole on the left above Barangi. On arriving at the frontier it bends to the west, precipitates itself down the Falls of Gersoppa, and passes that village (properly Geru-Sappe), which is some 29 kilometres distant, discharging into the sea at Honnavar in North Kanara. For more details...

Honnemaradu-
Honnemaradu is situated on the banks of the backwaters of the Sharavati river. Honnemardu is a small village perched on the hills that overlook the Linganamakki Reservoir. The reservoir is also known as Honnemardu after the village. In the middle of this huge water body there is a small island that attracts campers. In addition to the adventure activities, Honnemardu is a birdwatchers paradise and one can spend endless hours watching and trying to identify the large variety of birds and butterflies. For more details, also check-

Holebaagilu-
Holebaagilu is situated on the banks of the Sharavati River about 30 km from Sagar. One has to take a diversion from B. H. Road towards Ikkeri Road to get there. The Sharavati backwaters of Linganamakki dam has submerged acres of land. It is a place of natural beauty. It is in Kolur Grama Panchayat limits. One has to take a flatboat to get across the backwaters to reach the other side where Sigandooru is. 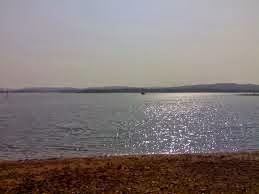 Sharavati Wildlife Sanctuary-
Sharavati Wildlife Sanctuary is in Sagar Taluk, Karnataka. It is 350 km from Bangalore. Located near Jog Falls, the sanctuary covers the Sharavati Valley Region, near the western border of Karnataka. It is spread over an area of 431 km. The sanctuary is nourished by the Sharavati River. Linganamakki reservoir spread over an area of 128.7 km is a part of this sanctuary. 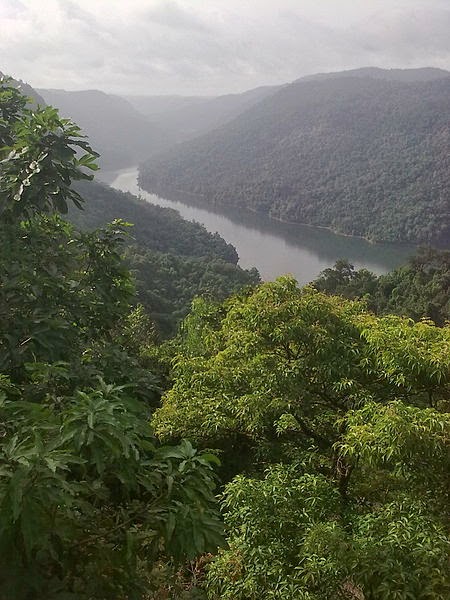 Linganamakki dam-
Linganamakki dam is built across the Sharavathi river and is 6 km from Jog Falls in Sagara taluk. It is the main feeder reservoir for the Mahatma Gandhi hydro-electric project. It has two power generating units of 27.5 MW 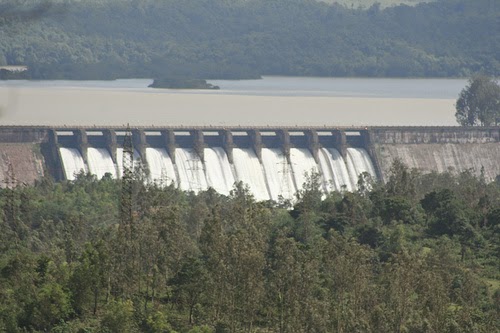 Dabbe Falls-
Dabbe Falls is located near Hosagadde in Sagar taluk. On the road from Sagara to Bhatkal, Hosagadde lies about 20 km from the town of Kargal. From Hosagadde a walk of 6–8 km into the forest leads to Dabbe Falls. 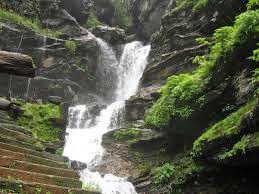 Marikamba Temple-
The Marikamba Temple is located in Sagara City, in the Indian state of Karnataka. It features the image of the goddess Marikamba, a form of Durga or Parvati. The temple was built in the center of the city during the reign of Venkatappa Nayak who ruled over Keladi and Ikkeri kingdom during the 16th century. Marikamba was the family deity of the Nayaka dynasty.

Keladi-
A Shiva temple of historical importance is located 6 km from the city. One has to take a diversion at Sorab Road. There is a museum containing old manuscripts written during the Keladi dynasty.

Sigandur-
Sigandur is a small village of Sagar taluk, Shimoga district, Karnataka, India. The village is surrounded by the Sharavathi River. The main attraction of Sigandur is Chowdeshwari Temple. Sigandur is about 40 km from its taluk headquarters, Sagara town. Sigandur was cut off from Sagar once reservoir on Sharavathi River was constructed. 2 barges provide connectivity across the water.

Varadapura (Varadahalli/Vaddalli)-
This place is 6 km from the city where one has to take a diversion from Jog Road soon after the end of the city limits. It is famous for the samadhi of His Holiness Sri Sridhara Swami who was among the great saints of 20th century.

Ikkeri Temple-
This place is of historic importance due to the presence of a temple dedicated to Lord Shiva.Ikkeri Temple is situated in Sagara taluk about 6 km to the south of Sagara. The word Ikkeri in Kannada means "Two Streets". It was, from about 1560 to 1640 AD, the capital of the Keladi chiefs, afterwards removed to Bednur. Ikkeri continued, however to be the nominal capital, the Rajas were called by its name, and the coins were called Ikkeri Pagodas and Fanams, although, if fact, the mint was removed.

Kalasi-
This is another historically important place with a temple dedicated to Lord Shiva. It is 8 km from the city and one has to travel along Sorab Road for 6 km and take a diversion.

Varadamoola-
Varadamoola is 6 km from Sagara City. River Varada originates at this place. Varada flows through the town of Banavasi before joining Tungabhadra.

Shettisara-
This is a place where had temples of Shani Lord & Laxminarayana Temple.. Special is, in Shanashewara Temple God will come on Human body.